Trapper John’s started out as two cabins built in the 1920’s, originally located just upriver from the downtown confluence of the Talkeetna and Susitna rivers. As rivers and riverbanks changed, the cabins were brought to their current location and put together as one cabin; the Blazo Can metal roof is one of the last examples of its kind in the community. Trapper Johnny Baker bought the cabin and property in the early 70’s and used it as his in-town base while he worked his trap-line. He moved down the road to his farm a number of years ago, but left quite a stack of records as well as pelts (some leaving just shadows on the walls) and leaving us a legacy of what Talkeetna bachelor cabin living is all about. Today Trapper John’s Cabin has two queen size beds overlooking a gas fireplace, vintage TV with VCR (and plenty of tapes), fully equipped kitchen with propane stove and oven, refrigerator, toaster oven, coffee maker, piano (yes… in the kitchen!), twin size roll-a-way, indoor bathroom with deep tub, sink and toilet (no shower…but plenty of Mr. Bubble!). There is also the still-useable Outhouse. The outdoor area has a picnic table and BBQ, a hammock tucked into the birches and the Chicken Coop (currently only hens, no rooster) is visible. Fresh eggs provided at no charge! Plenty of parking for 1-3 vehicles; downtown can be reached on foot in 8 minutes 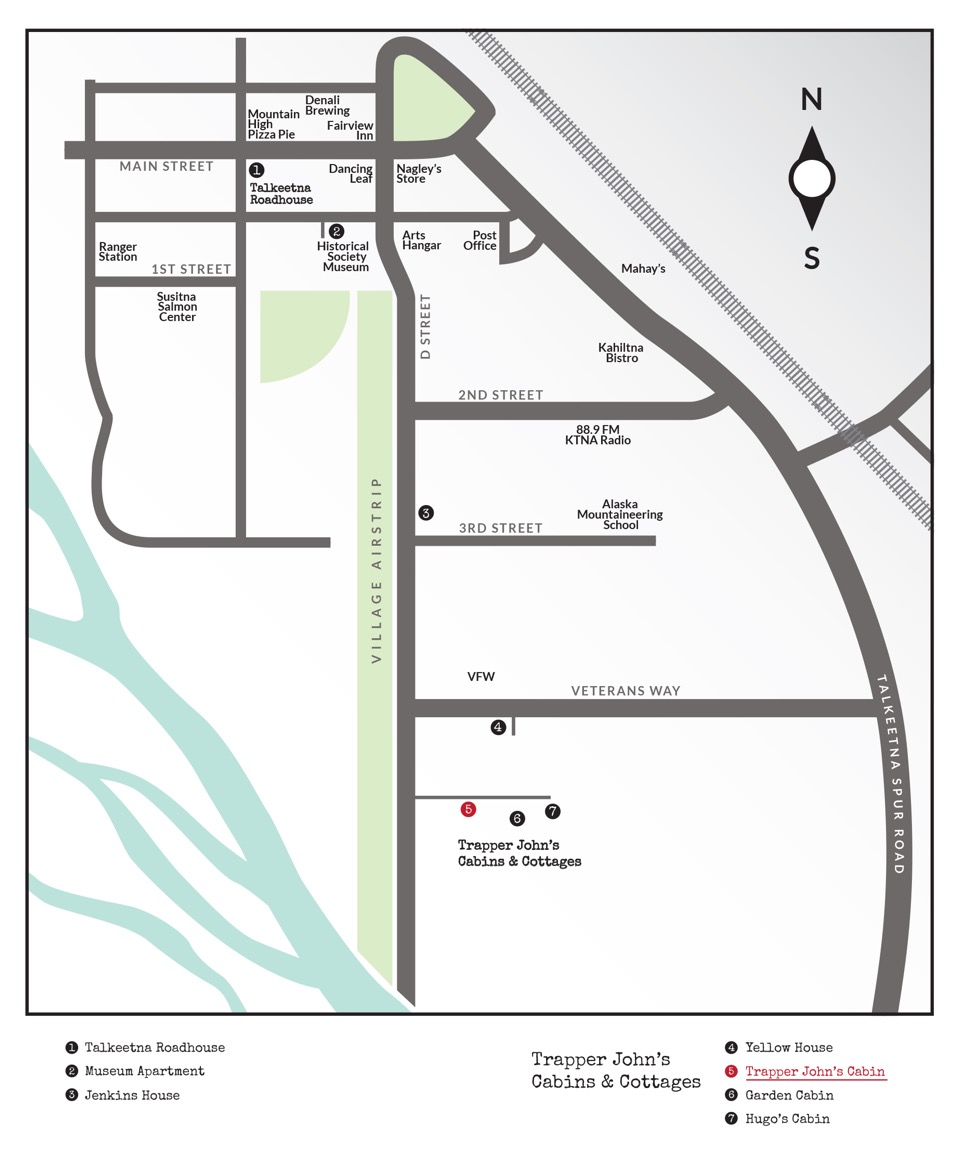